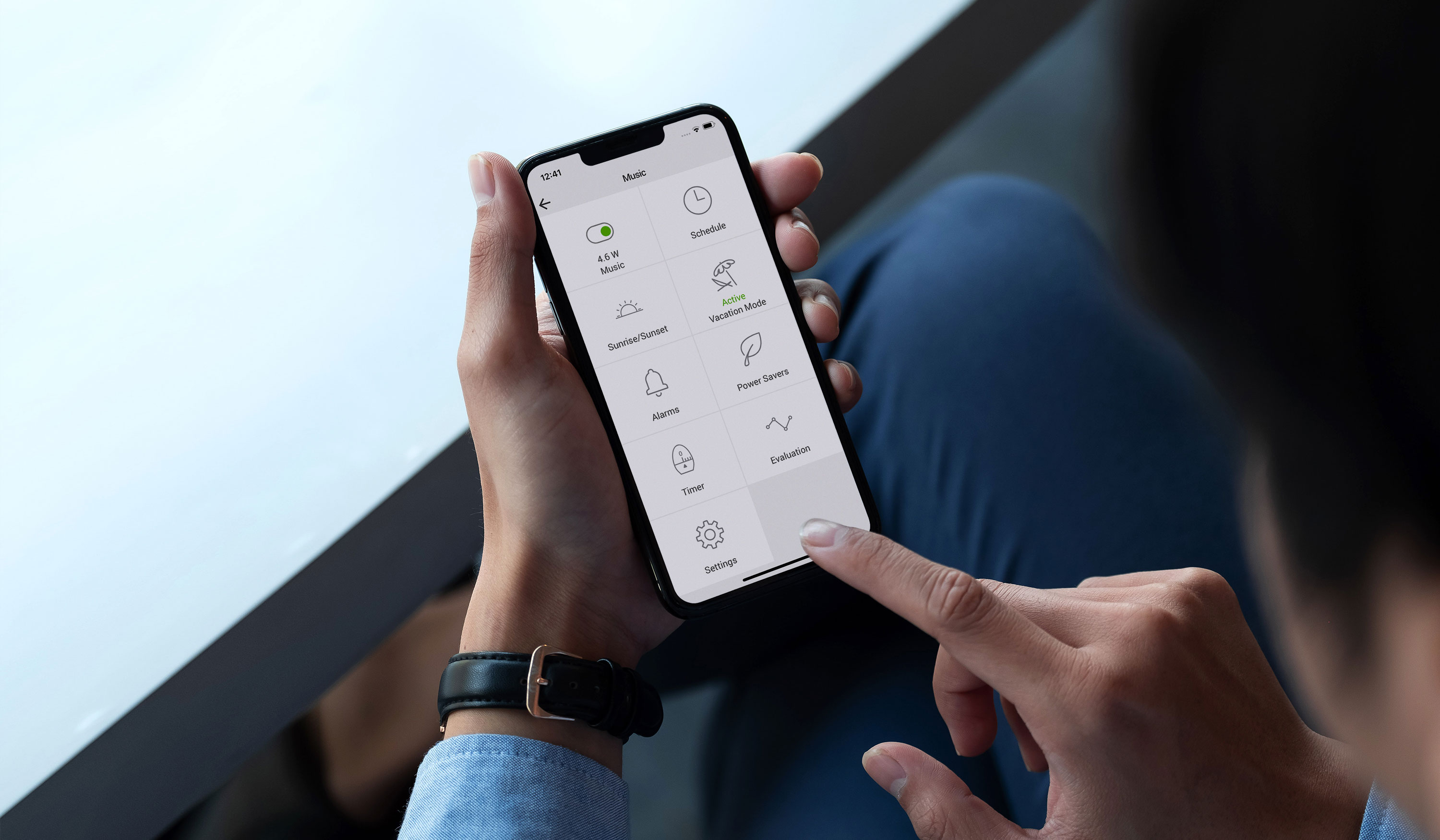 The talented App for your Smart Home.

The myStrom App has removed the superfluous – controlling your devices has never been so simple.

The myStrom App lets you organise your rooms efficiently and control several devices with powerful scenes.

With the myStrom App you can give your devices more functions – e.g. scheduler, presence simulator or features that make you automatically save energy.

With its powerful Actions, the myStrom App can transform any device event into a trigger for scenes or notifications. Whether you push a Button, set the luminosity, define a certain temperature or a level of consumption, your project is limitless.

Thanks to the detailed curves showing consumption, production and temperature you can make the right decisions for a consciously energy-effcient life.

The myStrom App is available for all current iOS and Android devices, including Apple Watch. For Tablets we recommend the myStrom Cockpit App.

You can also control myStrom devices with the small, savvy buttons or with your own voice. We speak Siri, Alexa and Assistant.

Installed in a few minutes

Those products make your first steps in the Smart Home World a true pleasure.

Thanks to the myStrom App, the Cloud and open interfaces, your devices can be integrated in many external services – and the list is growing…